In November 2010 Rev. Charlotte McGee-Ginn was appointed to be the Associate Pastor & was the Executive Assistant to Dr. Kelly McKnight. Pastor Charlotte is married to Monroe Ginn, Jr. who is the son & grandson of long standing members, the Ginn family.
In February 2008 Sis. Margaret McKnight passed away. In August 2014 Dr. H. K. McKnight passed away. The church grew & methods changed but not the mission. The decision was made to remain in the neighborhood where God had planted us. In June 2017 Dr. Kelly McKnight & Chastity announced that they would be taking a position in Jacksonville, FL. The church body expressed they would be missed but wanted them to be in God's will.
In July 2017 the Board of Directors, after much prayer & seeking God, appointed Rev. James C. “Jimmy” Murray, Jr. to be the Senior Pastor of Bible Deliverance Temple. The first action of the new Sr. Pastor was to promote Rev. Charlotte McGee-Ginn to the Pastor of Outreach Ministry. Rev. Murray was married to the late charter member, Pamela Warner Murray, & is now married to Dr. McKnight Sr.’s sister & Dr. Kelly McKnight's aunt, Delores McKnight. For more information, see the Sr. Pastor page. As of March 2018, Rev. McGee-Ginn is no longer with us.
The ministry of BDT has always been a diverse one & is now a leader in outreach ministry to the Harrisburg neighborhood of Augusta. The church has active programs for all ages, regardless of race or socio-economic standing. Weekly events offer an opportunity for spiritual, mental & physical growth. The pastors & the Board of Directors are together in the goal of expanding our tent. We are starting new programs & reviving old programs all to be a service to the kingdom & our neighborhood, the Harrisburg community.
Our ministry is annually instrumental in providing over 10,000+ free meals & conducts food give-a-ways three times a week. Also, distributing clothes & baby supplies, Thanksgiving meals & Christmas blessings  for numerous children & families.
Bible Deliverance Temple is a unique church. Founded as an inter-denominational church dedicated to the belief that God has only one true church which is the body of Christ & is composed of all true born-again believers. Over the years we have endeavored to build bridges instead of walls between God's people. The worship is spiritual, the atmosphere is warm & friendly with everyone welcome. A church where as Dr. McKnight Sr. always said, “there are no big I’s or little U’s”. A church dedicated to sharing the love of Christ through worship, music, mission work & fellowship.
We invite any & all to join us in this Christian ministry. From those early days in the old "Brigham Grocery" building, the church has grown into a complex in the heart of historic Augusta, GA.

The petition was granted on October 24, 1963. At a meeting of the membership the church, By-Laws were adopted on November 3, 1963. The church was established with 49 charter members & the pastor was a paid position from day one.

In the early 1970’s an adjacent property was purchased at 1858 Fenwick St. & after the lot was cleared, a paved parking lot was created for the church. Also, an expansion of the existing building was built as the Fellowship Hall for special events & activities. 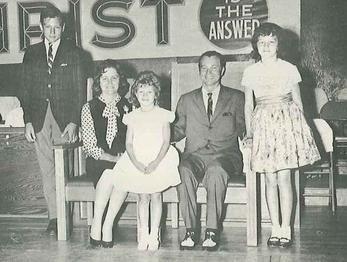 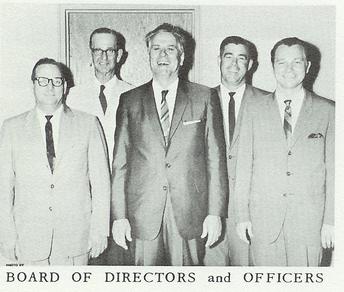 In February 1998 the Kelly & Chastity were asked to serve as the Ministers of Music at BDT. After a time of prayer & fasting, in March 1998 they became part of the church staff. Later Kelly was promoted to the position of a Associate Pastor & Chastity the position of Minister of Music. On Father's Day 2006, Dr. Kelly McKnight became the Senior Pastor of BDT. At the same time Dr. H. K. McKnight, Sr. became the Senior Pastor Emeritus.

In 2000, an adjacent property, 1901 Fenwick St., was purchased & a multi-purpose gymnasium built. This facility was given the name “The Harrisburg Family Life Center”. The building was used for many church, neighborhood, & other civic purposes. 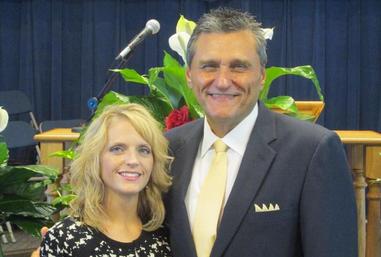 The McKnight's ministered in several foreign countries. Dr. McKnight served as the corporate secretary & treasurer for the full Gospel Fellowship of Churches & Ministers International for 10 years. He served as the chairman of the Board for Economic Opportunity in Augusta & was very active in promoting a better economy for the citizens, with special emphasis on the Harrisburg neighborhood. Sis. McKnight served as the church organist & office manager for over 40 years.
On October 21, 1963 a petition was entered to the state of Georgia to establish Bible Deliverance Temple, INC. The petitioners as pictured from the left:  J. W. McCarthy, L. W. Belangia, L. C. Corley, Ralph Thompson, & Dr. H. K. McKnight.

Dr. H. Kelly McKnight, was involved in ministry since his youth. He is a Marine & a Vietnam veteran. He also has a diverse background in the business world. He lived as a civilian in Seoul, South Korea as he oversaw the building of a university & directed the religious education department for the US eighth Army. After his return from Korea, he entered the field of insurance & was very successful. While working in Atlanta, GA & assisting at a church there, he met the pastor's daughter, Chastity Hulsey, who was to later become his wife. He & Chastity were married on January 25, 1994.

Bible Deliverance Temple, at times referred to as BDT or "The Temple", was founded out of a rich heritage from the Church of God of Cleveland, TN & the Assemblies of God. A group of members from the Assembly of God separated themselves & begin having services in one of the members basements. Their desire was to establish a church & acquire a pastor.  In 1963 two traveling evangelists started a revival in Augusta, GA in the downtown area in an old Brigham's Grocery Store. One of those ministers was Dr. H. K. McKnight.
Dr. H.K. McKnight began his ministry at the tender age of 16. His family's home church was the Elmwood Ave., Church of God in Columbia, SC. Dr. McKnight was a licensed minister with the Church of God. During a revival in Gibson, GA in 1950 he met & fell in love with the church pianist, Margaret Corley, who also happened to be the church pastor’s daughter. They dated for several months & after special time of prayer & fasting, were married on June 29, 1950. The McKnight’s traveled as evangelist & state youth directors in Iowa with the Church of God. They founded two churches, administered as pastors, associate pastors & evangelists throughout the Southeast.
The group decided that they wanted Dr. McKnight to be the pastor of their new church. After much prayer & fasting & discussion, Dr. McKnight agreed, if they could find a building for their new church, he would become their pastor. The next day a “For Sale” sign went up in the yard of 1857 Fenwick St. This was an already built church property with an adjacent building & a parsonage. The leaders of the group along with Dr. McKnight took possession of the property &  BDT became a reality. By the time the McKnight’s settled in Augusta, GA the family had now grown to include a son,Kelly & two daughters, Debra & Sharon.